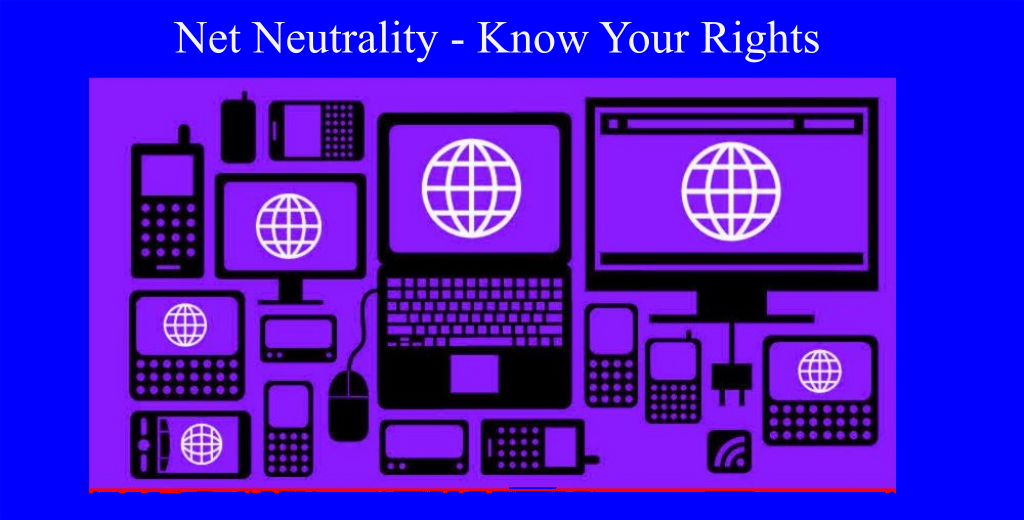 Net Neutrality — it’s what everyone is talking about, and there’s good reason why. As you most probably know the FCC has started a process to revert the Net Neutrality rules that were enacted a couple years ago after massive online protests. The Wikipedia article on Net neutrality puts it well:

Net neutrality is the principle that Internet service providers must treat all data on the Internet the same, and not discriminate or charge differently by user, content, website, platform, application, type of attached equipment, or method of communication. For instance, under these principles, internet service providers are unable to intentionally block, slow down or charge money for specific websites and online content.

The powers that be are trying to control our internet. See what Forbes has to say in their article When The FCC Kills Net Neutrality, Here’s What Your Internet Will Look Like and The Guardian’s Why we should be wary of ending net neutrality. The freedom of the people is up for grabs here.

For the sake of discussion, we present here a quote from an email to a private list, reprinted here without permission, but also without the name of the author:

Why I am opposed to net neutrality legislation :

If legislation like this had gone into place in the 1990s it probably would have locked in monopoly status to the biggest ISP at the time, which means that in 2017 we’d all still be using AOL! I’m glad that didn’t happen.

The basic idea is that the entire Western World is built upon freedom and the internet must be allowed to maintain that basic tenet. As another writer, also quoted anonymously, said:

Without net neutrality, there is no “free and open Internet”. This is as simple as that. Net neutrality is mandating that all content is treated equally on the Internet. So nobody can block, slow down, or charge more for one ‘content’ over another.

Without net neutrality it will be back to the old days of AOL with the walled gardens, and the telecom operator are going to choose which websites you are allowed to access and which services you can use (after receiving a big fat check from them). If you want to go outside of these ‘carrier-promoted’ websites or services, that will mean extra costs. So telcos will start charging you more because you watch YouTube rather than Vimeo, because you use Skype rather than their VoIP service, or for renting a movie on Amazon Video rather then their own PPV.

If you don’t believe me, read about zero-rating (https://en.wikipedia.org/wiki/Zero-rating) and bandwidth throttling ‘network optimization’, which is what the big telcos already used to go around the previous net neutrality rules. Without strong net neutrality rules in place, they will be completely free to implement these practices – and they most certainly will.

It is not a coincidence that the big telcos all oppose net neutrality, while the Internet companies demand it. If we are allowing the ISPs to control, and manipulate our internet usage, it will be abused at the detriment of the ‘producers’ and ‘consumers’ of this traffic. This is us.

Take a stand and let your voice be heard — at the very least, spread the word that we must not remain silent.